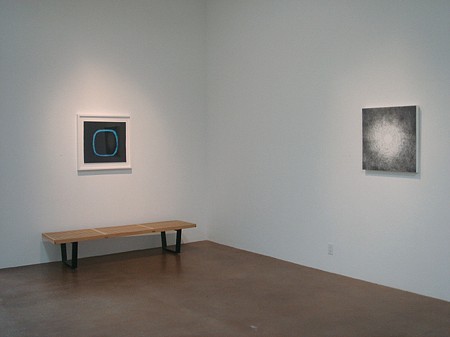 Holly Johnson Gallery is pleased to announce the opening of, TRACE EVIDENCE: Recent Work by John Adelman. An opening reception will be held for the artist on Saturday, July 9th, from 6:00 to 8:00 p.m. This exhibition marks the artist’s third solo show with the gallery and it continues through Saturday, August 20th.

John Adelman’s work continues to follow traditions of rule-based art, with systems derived from mathematics, logic, personal, and/or consequential rules set by the artist. His mark-making dominates the visual experience by repeating forms and motifs (the traced nail and the written word continue to be evident), combined with excruciatingly micromanaged details. He also uses an arsenal of tools to painstakingly add texture to many of the works' background surfaces; yet in other works, the surfaces remain pristine. The compulsive and accumulative quality of much of this work makes it clear that they are labor intensive and painstakingly precise, mirroring the methodologies of rule-based art.